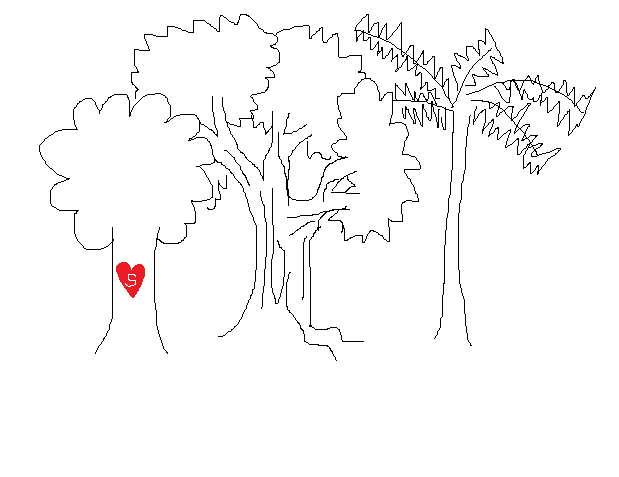 As a kid I mostly drew mountains, trees, nepali ‘gauko ghar’, clouds, cows, dogs, fish and birds, just like any other kid. Tendentiously attaching self to simple things that stood detached posing no threat, no threat to understanding of self or life. . A river could swell or dry, all depended on those crayons that didn't slip under the bed or sofa. A red dog for Monday, black cows to play with blue crows for Tuesday, yellow fences for the green house on Wednesdays, green cherry bushes for Thursdays, maybe a pink house for the weekend. Play god, be the prime minister, do some road building, be a gardener...

The teenager 'I' had no time to draw anything expect caricatures (simulacrum as rebellion). Turned 18 and all hell broke loose (sweet dissipation, natural progression). The world is filled with tactile adventures/ 3D is better than 2D. Sex, drugs and rock-n-roll replace many things for most. Forget playing god, or the prime minister, forget road building, or the gardener..Every passing decade that the spirit survives the charming world of uncertainty and adventures, the magic fluctuates.

Reduction, selection and complications might be the curses of ageing. No wonder some of us refuse to grow up.

Now, I find myself increasingly playing, forgetting rules and reinventing the world again drawing houses with hundreds of windows for each of my pet crow, a well in the garden for the fish to live,  trees with the ridiculous swings, and those Tom Sawyer fences that go on for miles and miles till they melt into the mountains. Not just because the internet keeps reminding us what Picasso remarked about the importance of keeping the child alive, not because Capricorns supposedly become more childlike as they age, not because astrology is pointless yet fun like boys, not just because I am often told 'Do not to grow up' and 'Grow up' ( conflicting instructions)..

Because I have got to do it to renew the magic, the impermeable state of sanity needs it. Gotta do it for the magic of escape, for being thrilled while meditative, to become the gardener again and play god who wants a world in hours or days or minutes.

Without magic, there are no miracles. Right now, there is need for miracles. Otherwise all light will dim and life might cease to be.


After
the dust from the dance
settles, it starts
to pick up again.

The lover
slips away in the night,
but descends at
daybreak.

O come, move
me and conceal meanings
elsewhere. Catharsis,
will you claim us again?

‘Matter in the solid state maintains a fixed volume and shape, with component particles (atoms, molecules or ions) close together and fixed into place.

Matter in the liquid state maintains a fixed volume, but has a variable shape that adapts to fit its container. Its particles are still close together but move freely.

Matter in the gaseous state has both variable volume and shape, adapting both to fit its container. Its particles are neither close together nor fixed in place.

Matter in the plasma state has variable volume and shape, but as well as neutral atoms, it contains a significant number of ions and electrons, both of which can move around freely. Plasma is the most common form of visible matter in the universe.’


'Under extreme conditions, the atoms themselves begin to break down; electrons are stripped from their orbit around the nucleus. The resulting mixture of neutral atoms, free electrons, and charged ions that is plasma has some unique qualities. A plasma is a fluid, like a liquid or gas, but because of the charged particles present in a plasma, it responds to and generates electro-magnetic forces.'


The Laws of science allow matter to change, move, excite and re-create under conditions of varying proportions. We are enslaved by science in macro and micro ways. This excites my soul.


Miracles are real. I must believe, or else.

So should you, please do.