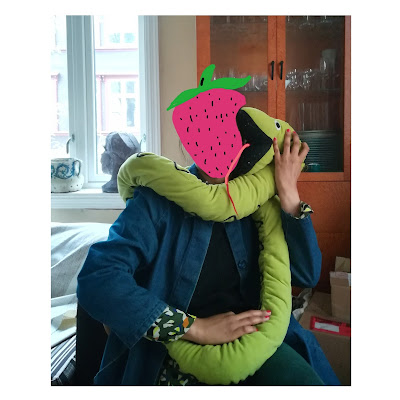 I did proclaim that I'd start writing again, in familiar Instagram fashion, on new year's fussy twirls always performed on the onset of any new year(English in December/January or Nepali in March/April). I like to make resolutions (I shared this with few people recently under Champagne and fireworks smokey haze- half of them laughed and said they did it as kids. I thought they had very little imagination about things children as adults do and done. But yes, I am one of those people whose god has Robin Sharma as munshi. No politically correct makeup these days. Something I discovered in 2017).

Anyhow, I hadn't expect to be propelled with such force from 2017 to 2018, that deceptive yank, that the projectile was a chilling Discovery Channels documentary; with plot, drama, twist, climax of the natural world. I ended up finding myself in an awkward position looking right back at me. It was unpleasant. One of the worst new year day of my life. Not to mention I had to eat fiske pudding, mamma used to feed me rice puddings on new year days. . .

Intentions materialize faster when the cosmos wants you to catch up, on the race. Or maybe to reward you, with a spoon or two. How gay!

I realized this difficult chapter, of coming into triple energy run, of putting to words, of trying to piece together dirt or clearing- could very well be my prince in shiny armour. This space I started spacing into very soon after coming to Norway 59.7 million years ago, will fruit.
I have indeed ignored my happy place, this window of wiring and alphabets.

But in light of entanglements being removed, here I am again; all horizontal, all optimistically new, realistically bruised.

I love order. I really do. I've realized I am also not in actual order. One needs to do what one loves best, i.e bring order into what one ought to cherish most if needed. In my case it is the self. This waking, meandering consciousness of an excuse called mind which projects this self. Mind assumes responsibility for the heart, my foolish sweetheart!


I must say that I do miss writing.  After working for years on my last paper or procrastinating for years to do the former, I had shunned the  activity of typing. But been writing for too long for it to traumatize me severely. Typing still remains the top three favourite activities for self preservation.

A Spanish gentleman said that if you do not raise your eyes you'd think you are the highest point. Bless Antonio Porchia !

Bless 2018, bless time, bless change for always being tangible and present! So ready for you!